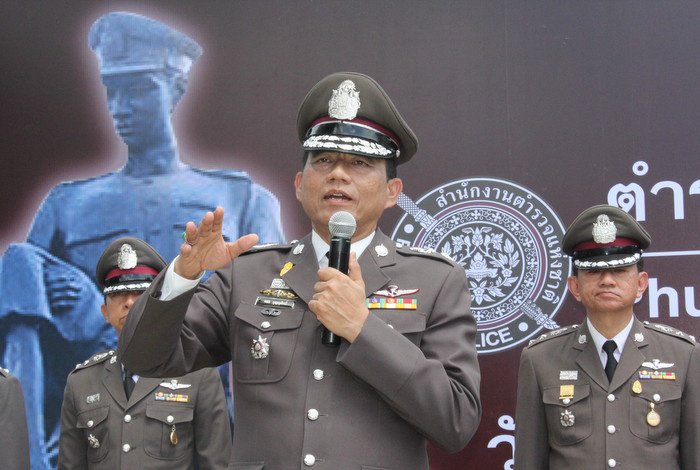 “We are very clear on who these individuals are and where they live. However, we will be collecting more evidence before asking the court to issue arrest warrants,” Provincial Police Commander Patchara Boonyasit said this morning. “We will seek the warrants in the next 30 days.”

Maj Gen Patchara confirmed that police already had photographic and videographic evidence showing the nine suspects who stirred the mob into a violent frenzy. However, he declined to name any of them.

“Most of them are local teenagers living in Baan Don who are involved with drugs or other criminal activity. They have criminal records,” Gen Patchara said. “I think the serious rioting was not about the deaths of the two men, but were revenge attacks by the teenagers.”

Though only nine have been identified so far, police expect to be able to name a number of other suspects before the case is closed.

Phuket bouncers’ conduct to be reviewed after brutal beating