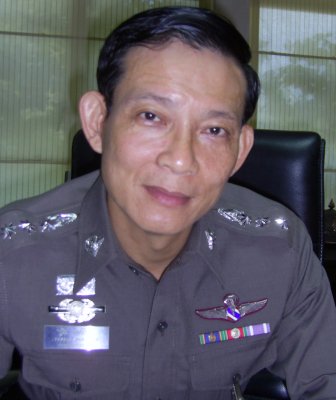 PHUKET CITY: Police have arrested the suspected “bankers” of a multi-million-baht gambling operation in Phuket City.

Somkid Korkiatiwong, 40, and Somchai Santi-Amorntat, 51, both of Kra Rd, were arrested at a home on Takuatung Rd on Sunday.

The arresting officers found a computer, fax, two photocopiers, a bankbook, three large hessian sacks and 10,000 baht in cash, along with “betting slips” relating to soccer matches in England, Germany and Italy.

There were also records relating to 978 betting slips worth a total of 284,720 baht, and suggesting that nearly 180,000 baht was gambled on one match alone.

Bank records showed that around a million baht passed through the account almost every day, even more at weekends when the big matches were played.

Pol Col Paween Pongsirin, Superintendent of Phuket City Police Station, said the arrests were made after months of surveillance.

Police arrested gamblers nearly every day, he said, but these two arrests were among the biggest this year.

Pol Col Paween added, “Arrests of all kinds – robbery, accidents and other crimes – totaled around 3,000 this year, and they don’t show any sign of decreasing.”