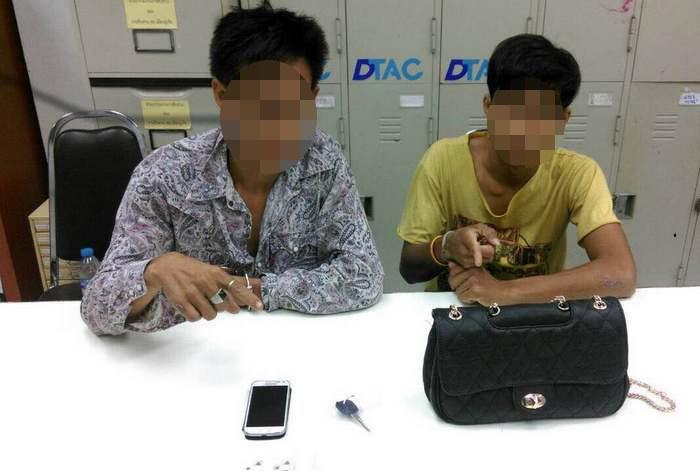 Riding a motorbike, the robbers snatched a bag from Domonkoso Vaniko, 28, after pulling up beside her.

It was initially believed that the suspects threatened their victim with a small hammer. However, it was revealed following their capture, that the pair used an axe (story here).

Police traced the two brothers, Somchai Buraphut, 29, and Sompong Buraphut, 20, to a house in Phuket Town with the help of CCTV footage and apprehended them on Saturday night.

The two confessed to the crime after police raided their residence and found Ms Vaniko’s purse, a mobile phone, 5,000 baht in cash, a driving licence and the motorbike used in the robbery.

The brothers reportedly told police that they planned to use their ill-gotten gains for travelling.

Police charged the pair with committing theft at night and using a motor vehicle to commit a crime.