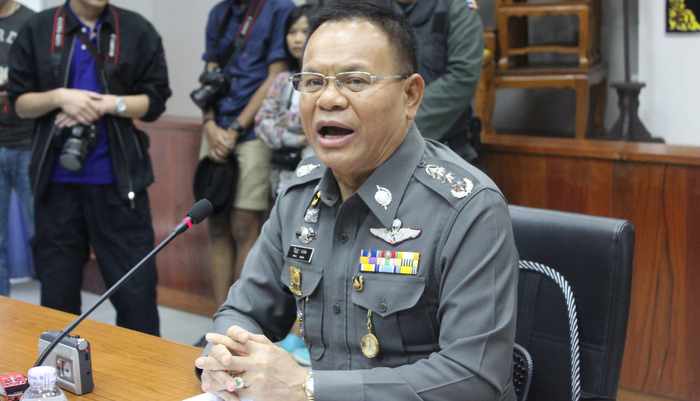 Police officers, joined by military personnel, swept through Patong in an attempt to serve 83 arrest warrants this morning.

However, two high-profile suspects, former Patong mayor Pian Keesin and his son Prab, and 11 others remain at large.

Of those taken into custody today, 18 face mafia charges, while 51 face charges for their role in illegal road blockades.

“We believe that Mr Pian and Mr Prab are still in Phuket. We will give them the chance to turn themselves in before we take action, and hunt them down,” Region 8 Police Commander Panya Mamen told the Phuket Gazette.

“This is not the end of our investigation. We will push forward in order to bring everyone involved to justice.”

All suspects have been denied police bail and will be held overnight at the Phuket City Police Station, confirmed Lt Gen Panya.

Police warn Phuket motorists to be cautious in monsoon weather