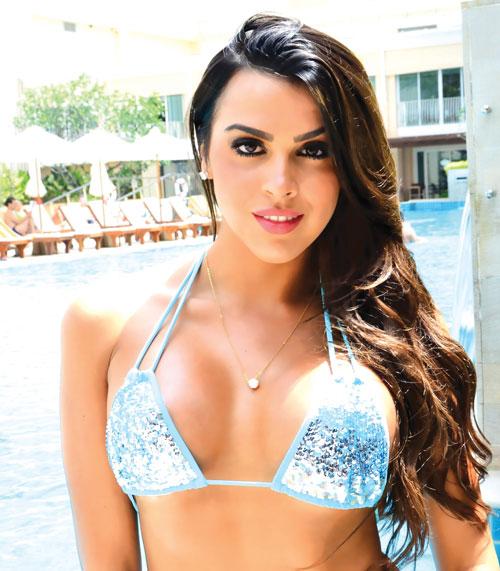 Breasts are big in Phuket. Big business, that is. In recent years, both Bangkok Hospital Phuket and Phuket International Hospital have seen dramatic increases in cosmetic breast surgeries, fueled by rising numbers of medical tourists. The Phuket Gazette’s Orawin Narabal reports on one of the island’s hottest tourist draws: The boob job.

Considering that the hospitals also do breast lifts and reductions, and that prices for the three surgeries range from 115,000 baht to 300,000 baht, some pretty serious money is at stake.

The vast majority of women getting the surgeries at Phuket hospitals are medical tourists; about 97 per cent at PIH according to Mr Davison, with most coming from Australia and New Zealand. And there’s no reason to think that their interest will wane anytime soon.

First, because breast surgeries – augmentations, lifts, and reductions (for both men and women) – make up four of the 10 most popular plastic surgeries worldwide, according to the International Society of Aesthetic Plastic Surgeons, with breast augmentations reaching number two on the list, outranked only by liposuction.

Second, because Phuket prices are a great bargain. Australian prices are up to three times higher, even factoring in the cost of travel to Phuket and accommodations here.

Last, because medical tourism has the support of the Tourism Association of Thailand (TAT), which has been promoting it since 2004 and runs yearly familiarization trips for foreign tourism and health tourism agencies.

On a TAT website dedicated exclusively to medical tourism, the featured Phuket hospitals are Phuket International, Bangkok Phuket (BHP) and Vachira, but only the first two have active links.

PIH and BHP homepages both have prominent links to their cosmetic surgery centers, and both make it easy for medical tourists to arrange a visit, offering detailed information not only about surgeries but also how many days the patient should plan to stay in Phuket. PIH even provides an interactive calculator to help estimate total costs.

Silicone breast implants have been around for just over 50 years – the first surgery was performed in the US in 1962. But women have endeavored to increase the size of their bosoms for a lot longer than that – as far back as the 1890s, they injected paraffin, but it didn’t stay put. In the 20s and 30s women had fat from other parts of their bodies moved to their breasts. At other times, implants included polyurethane, cartilage, sponges, wood and glass balls.

There have been health scares: silicone implants were banned in the US from 1991 to 2006 over concerns that ruptures could cause cancer and auto-immune diseases, and a scandal arose around Poly Implants Prothese, a French implant company, in 2010 when their implants, which used substandard silicone, were found to rupture at a higher rate than normal. French health authorities – though not those in other countries where the implants were used – urged 30,000 French women to have the defective implants removed.

Despite the cost, the pain and the hassle, women are willing to get this unnecessary surgery. Why? The Gazette talked to several women, and the comments of one 44-year-old represent the group.

“After I had a child, my breasts were not firm. I was very slim, only 40kg at the time, and I felt like my breasts had disappeared.

“Back then, I liked to go to parties and I wanted to look beautiful and fit when I wore a sexy or open dress. I would not be happy if I looked at myself in the mirror and saw that I didn’t have beautiful breasts.

“I am very happy with the results. They meet my expectations.

“The only problem I have is that I lost some sensitivity around my nipples because the incision was there.

“Most of my friends don’t know that I’ve had surgery until I tell them.

“My husband liked my body even before, but afterwards he told me I look more curvy and balanced. He sees how happy I am, and whatever makes me happy, makes him happy too.”

“We start with a physical checkup to make sure the patient can tolerate the surgery. Then we discuss the options,” he explained.

Patients need to make a number of choices: breast size, kind of implant, and location of the incision.

“When women choose a size they need to keep in mind the size of their bodies. If the patient is small, they won’t be able to handle very big implants. The implant needs to be in balance with their body size.

“Implants are either saline or silicone. Nowadays the silicone implants are more popular because they give a better shape and are easier to take care of,” Dr Chirayuth said.

“Implants can be rough or smooth, and come in two shapes, round and tear drop. The tear drop gives a more natural shape,” he added.

Another major consideration is the location of the incision, since this determines where the scar will be – in the armpit, below the breast, or around the nipple.

While women used to prefer an armpit incision, nowadays they are wearing more sleeveless clothes and so opt for one of the other locations, Dr Chirayuth said.

The implant surgery itself normally doesn’t take longer than a long massage – about two hours.

Surgeons first try out tester implants for size. Only when they’re sure the size and shape are appropriate will they proceed.

“It requires a week in the hospital after surgery, Dr Chirayuth said, “and we recommend regular checkups for three to six months after the surgery to monitor the formation of scar tissue around the implant. The scar tissue helps support the weight of the implant and also shapes it.”

Following the surgery, patients are advised not to perform any activities that might affect the shape of the breasts. This means some sports are out, as is sleeping face-down.

The US Food and Drug Administration (FDA) says that although implants are tested extensively, they still bring risks, including: Additional surgeries, capsular contracture (scar tissue that squeezes and misshapes the implant), breast pain, rupture with deflation of saline-filled implants, and silent rupture of silicone gel-filled implants.

Phuket mass cleanup underway, aims to include everyone