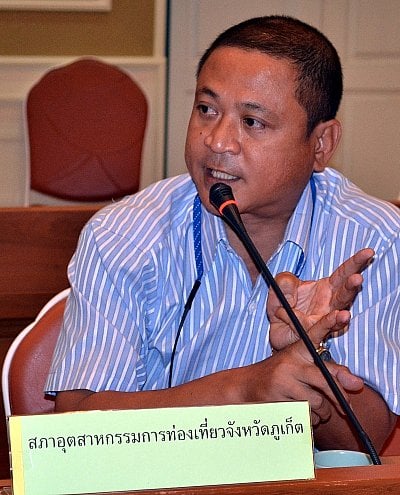 PHUKET: Phuket’s decades-old dream of having a world-class convention center took a leap backward on Wednesday when the Ministry of Natural Resources and Environment (MNRE) issued an Initial Environmental Examination (IEE) report that highlighted numerous environmental and financial flaws in the project.

A source at the MNRE Office of Policy and Planning (OPP) told a Prachachat reporter that his agency submitted the project IEE results to the Finance Ministry’s Treasury Department on Wednesday.

According to the source, the site chosen in Mai Khao was deemed unsuitable because the area is a traditional sea turtle nesting site.

The area is also home to one of the few remaining reserves of semi-virgin coastal forest on the island and should therefore be preserved, the IEEE reported.

Additionally, the seabed offshore from the project site drops off quickly, which makes it inappropriate for recreational activities.

The IEE also stated that the project was unfeasible and would create a burden on the government over the long term because it lacked clear economic, social and tourism benefits.

It was also unclear how many jobs would be created for local people, especially given Phuket’s huge migrant worker population.

Finally, the IEE noted that the completed project would be in direct competition with private sector investments on the island, Prachachat reported.

Areepong Bhoocha-oom, permanent secretary of the Finance Ministry, noted that the project was already granted 2.6 billion baht under the second rollout of funds under the previous government’s Thai Khem Khaeng (“Strong Thailand”) stimulus package for fiscal 2012.

As such, the project could still go forward without a loan provided by the Treasury Department, Mr Areepong said.

The project is now under consideration by the National Environment Board (NEB), he explained.

Bhuritt Maswongsa, a vice-president of the Phuket Tourist Association, said he was unaware of the latest development, but indicated that it would come as little surprise to the local tourism industry if the project were scuttled by the new government.

However, that would be a shame given all the work that had been put into the planning, he said.

“About 65% to 70% of the planning work has been completed and the public hearing process is complete, with changes made as a result.

“The conclusions have been summarized and were just waiting for the budget to go ahead,” he said.

The specific findings reported in the IEE did not matter much because the new government would just cite any reason they wanted when the real issues were political, he said.

The recent removal of national police chief Wichean Potephosree was the same type of politically-motivated move, he said.