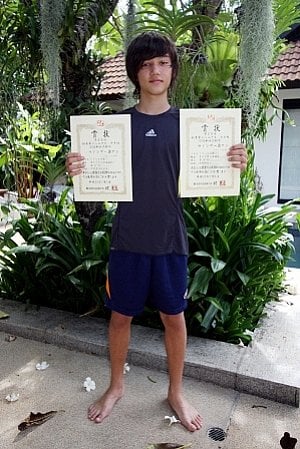 In July, during the BIS summer vacation period while at home in Japan, Raymond dived into Japan Prefectural (State) competitive swimming for the first time. At the Japan Junior pre-Olympic cup meet for Tochigi Prefecture (Honshu Island) on July 17, he exceeded expectations.

Raymond came first in the short course 50-meter and 100m freestyle with times of 28.31 seconds and 1:01.29 respectively. The times are also new personal bests (PBs) for Raymond and make him the fastest 12-year-old in Tochigi Prefecture for both events.

A superlative effort from this young athlete, and the Gazette looks forward to reporting on his future sporting prowess in the pool.

AFL Phuket dishes out another night of thrills