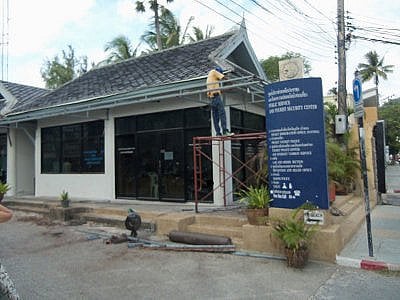 The news comes amid rumors that the Patong Immigration Office, which is located right next door to the Patong Tourist Police Volunteers office, had been closed permanently.

“The Patong Immigration Office has not been shut down. It was closed temporarily for renovations,” said Col Panuwat.

“The building needed some improvements and they decided to close it so the work could be carried out properly. It will reopen and everything will be back to normal again next week,” he added.

Col Panuwat explained that the Patong Immigration Office is an information center only.

“The Patong office is only for providing information to tourists and to act as a coordination center. Any foreigners wanting to do their 90-day report, extend their visa or apply for a new visa still need to come to the Phuket Immigration Office in Phuket Town,” he added.