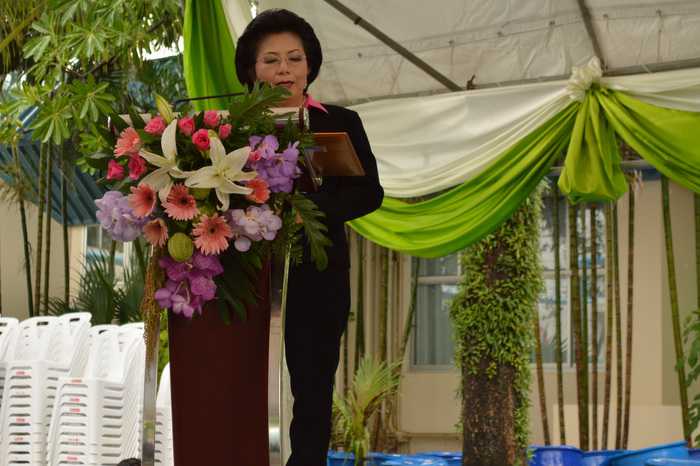 PHUKET: A sustainable waste-management teaching center opened in Saphan Hin earlier this week in a bid to teach island residents how to recycle organic waste and reduce Phuket’s carbon footprint.

“More than half of daily household trash is organic waste that can be effectively turned into compost and fertilizer,” said Phuket City Mayor Somjai Suwansupana at the center’s opening ceremony on Tuesday.

“We have learned about, and tested, the recycling and decomposition processes that specialists teach at the center – they are very effective.”

Specialists will be on hand at the center, which is open to the public and located near the incinerator, to teach residents, allowing them to duplicate the processes at home.

“We are also offering to rent out the materials needed, such as compost bins,” announced Mayor Somjai.

Governor Maitri Inthusut signed a Memorandum of Understanding (MoU) at Tuesday’s ceremony, along with 18 other relevant agencies and environmental organizations that support the new waste-management plan, which is designed to drive the island toward becoming a low-carbon destination.

Mayor Somjai noted that the amount of trash accumulating on the island has been increasing at a steady rate of 7 per cent per year.

“In a few years, we will be beyond the capacity of what our incinerators are capable of destroying,” she said.

“Right now, we are just below the limit. We receive an average of 680 tonnes of trash per day. The capacity for our incinerator facilities is 700 tonnes per day.”