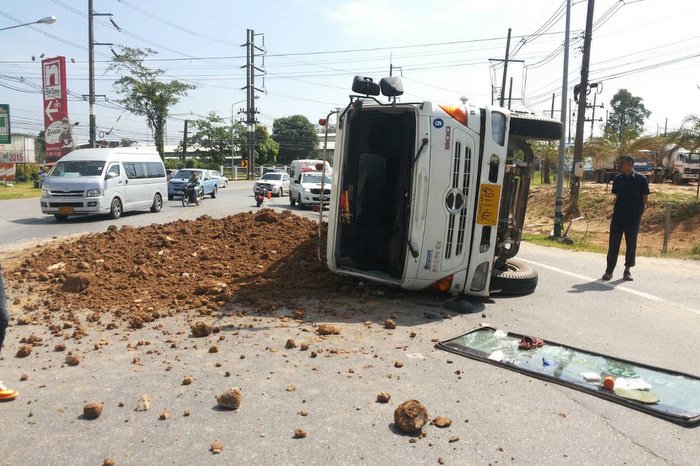 PHUKET: A dirt delivery truck overturned on Sri Soonthorn Road, about 500 meters from the Heroines Monument, this morning after one of the vehicle’s right rear tyres exploded.

The truck careened onto its side, spilling its load onto the road and smashing the windshield at about 11:30am.

“Mr Ma-een suffered from cuts to his head, but remained conscious,” Lt Suporn Muangkhai of the Thalang Police told the Phuket Gazette.

“A co-worker sitting next to him sustained light injuries. Fortunately, both of them had their seat belts buckled, otherwise they would have been seriously injured.”

Police have yet to decide whether to press charges.

“At this stage it looks like the cause of the accident was an exploded tyre. However, we will question Mr Ma-een after doctors have examined him,” Lt Suporn said.