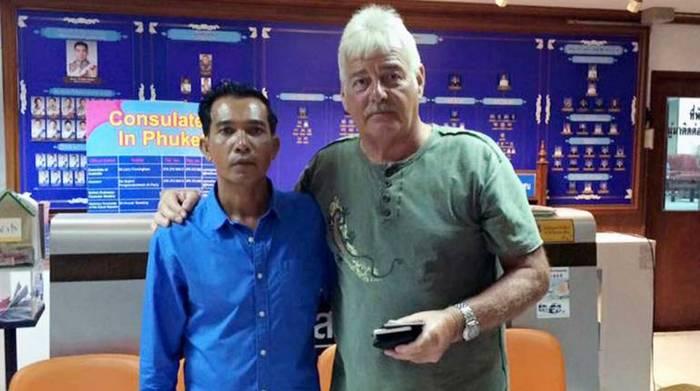 PHUKET: The driver of one of the infamous Patong tuk-tuks returned a wallet containing more than 10,000 baht cash to a British tourist in Phuket’s primary party town on Wednesday.

Nimit Weladee, 44, discovered the cashed stuffed wallet in the middle of Thaweewong Road.

“I picked up the wallet and checked it. There was more than 10,000 baht cash and other important cards inside, so I took it to Patong Police Station,” wrote Mr Nimit on Facebook.

Police were able to track down the owner of the wallet, who was staying at Seaview Patong Hotel.

“These days, tourism in Phuket doesn’t seem as great as it used to be. Helping out tourists is important in order for us to create a positive image of the island. We all have to contribute in any way we can,” Mr Nimit wrote.

The tourist, who police declined to name, reclaimed his wallet that night. He gave Mr Nimit a reward of 1,000 baht.

Earlier this month, A 19-year-old local returned a bag containing 400,000 baht to its owner after discovering it in the bathroom of a Tesco Lotus (story here).