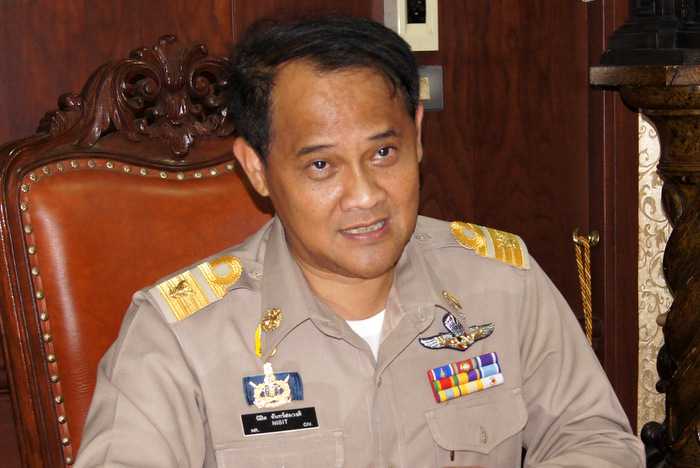 “We need more advertisements encouraging locals to get involved. Everybody on the island is hosting this event – we have to work together to best represent our homeland,” said Governor Nisit, who took up the post as the island’s top-ranking Interior Ministry official last Wednesday (story here).

“I don’t want the outside world slandering Phuket’s name. Friendliness and warm smiles must be a priority, as Thailand is ‘The Land of Smiles’.”

Contestants in the 4th Asia Beach Games will dig into the sands on Phuket starting on November 14 and the competitions will continue until November 23 (story here).

The island is expecting an influx of more than 13,000 people from 47 countries to watch or take part in the events.

Given the number of additional visitors to the island, who will arrive as Phuket verges on the peak of its tourism season, Gov Nisit made it clear that island officials needed to learn from the horrific murders of two British nationals on Koh Tao and prevent anything similar from happening (story here).

“We have predicted what possible problems might arise, and are already working on solutions to them,” Gov Nisit said.