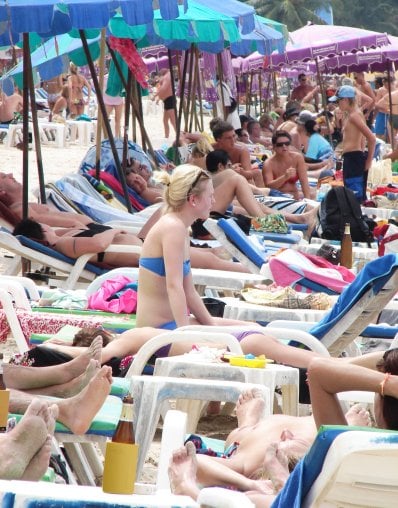 The figure is a 22% increase on the previous year with new markets such as Russia and China emerging as the major drivers of growth, says leading Phuket-based consultancy C9 Hotelworks.

While new replacement players have become dynamic revenue sources, the shift in arrival markets continues to baffle hotel strategy sessions on how to capture these new revenue flows.

Data from the report highlights market capitulations and reactionary pricing resulting in a market-wide occupancy increase of 4%, largely offset by a 3% fall in room rates.

The latest official tally by the Tourism Authority of Thailand puts the number of rooms at 43,036.

A full copy of the C9 report will appear as in insert in the Phuket Gazette due out Friday afternoon.

Phuket or bust? Tourist Police to help visitors in trouble

A Phuket call to join The Bay Regatta