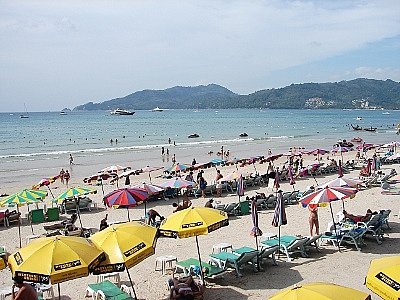 PHUKET: Representatives from Phuket’s tourism industry will be at Siam Paragon in Bangkok this weekend selling bargain-priced holiday packages to raise money for flood victims.

All proceeds will be handed over to the Prime Minister’s Office, he added.

The packages, to be sold from 10am to 9pm on Saturday and Sunday, will be valid for travel to Phuket from May 1 to October 31 this year.

“The hotel packages are for three days, two nights for two people, and cost 2,000 baht each,” explained Mr Somboon.

“Operators of local tourist attractions and tours, such as Phuket FantaSea, spas and island tour operators, have also joined the effort, offering packages at 1,000 baht each,” he added.

Any extra money donated by people buying the packages will go directly to the fund, he explained.

“Seven years ago, Phuket was struck by disaster. We know well what it is like to suffer. So this time we cannot ignore the people who are suffering from the floods,” Mr Somboon said.

“With Phuket’s potential, I expect tourism business operators to donate more packages. Please contact PTA if you want to join this campaign,” he added.

Any tourism businesses wanting to join the campaign, or people with any queries about the flood-relief packages, are urged to call PTA President Somboon or Vice President Bhurit Maswongsa at 076-610365/6.