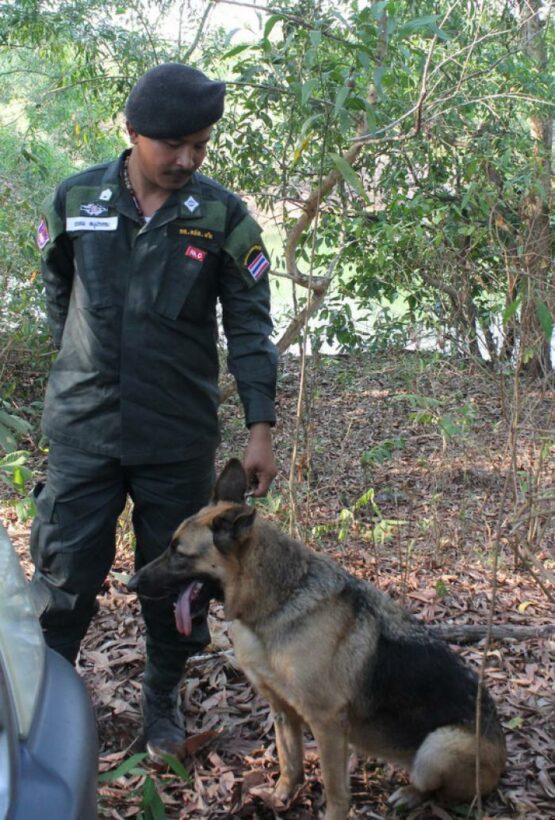 PHUKET: Provincial Police Commander Ong-art Phiewruangnont today said he is “80 per cent sure” that the decomposed body found on Saturday (story here) is that of missing Russian Alexey Slabinskiy.

The skull had been separated from the body and was no longer identifiable, and police are seeking to identify the remains with DNA tests and through dental records.

“We are waiting for DNA results from the Forensic Office in Surat Thani to confirm whether or not it is him,” Maj Gen Ong-art said this morning.

Gen Ong-art gave two reasons for his confidence that the body is Mr Slabinskiy’s.

“First, Mr Slabinskiy’s girlfriend, Iana Strizheus, said that the last time she saw him, he was wearing red shorts. The body we found was dressed in red shorts. Second, the body hair on the corpse was blond, which is common among Caucasians.”

Mr Slabinskiy disappeared with Ms Strizheus on March 7 (story here). The couple had called relatives in Russia that day to tell them that they had been kidnapped and needed money.

Ms Strizheus was later discovered injured in a hotel room. Four days later, Mr Slabinskiy’s phone was used in Chalong, but he was nowhere to be found (story here).

The search for the two suspects, Oleksandr Boychuk, 44, who is wanted by Russian police, and Alesandr Novichkov, 58, continues.

“We have sent photographs of the two men to immigration authorities. I believe they are still in Thailand, but it’s likely they have left Phuket,” said Gen Ong-art.