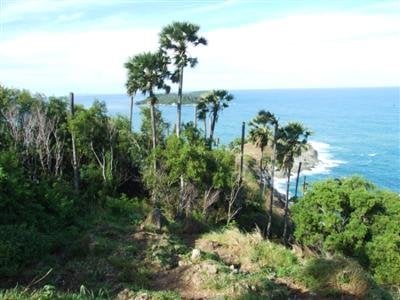 PHUKET CITY: Phuket’s iconic Phromthep Cape will be in the national spotlight on October 29 when a large crowd is expected to turn out for a nationally televised singing of the Thai National Anthem.

The announcement that Phuket’s southernmost tip has been chosen for the event came at meeting chaired by Phuket Governor Wichai Phraisa-ngop at Phuket Provincial Hall yesterday.

“Phromthep Cape is the most appropriate place for this event because it is Phuket’s most famous scenic vista, and it will look beautiful as the sun is setting at 6pm,” Gov Wichai said.

The event is one of many designed to build national unity as part of the government’s Thai Khem Kheng (strong Thailand) scheme proposed by the Finance Ministry.

Under the scheme, each of Thailand’s 76 provinces features in a televised singing of the anthem as part of the national ‘time check’ that takes place at 6pm daily across all Thai television and radio frequencies.

Running in alphabetical order, the provincial anthem singing kicked off on September 20 in Krabi and ends in Ubon Ratchathani on December 4.

The national unity campaign will end with a large ceremony in Bangkok on December 5, birthday of HM King Bhumibol Adulyadej.

Apart from the live rendition of the national song, the 10-minute production will feature a taped segment extolling the virtues of Phuket’s culture, natural beauty and attractiveness as a tourist destination.

“The bravery of the heroine sisters can arouse unity and patriotism among all Thais,” Gov Wichai said.

The event will be televised on the NBT network, Thai TV Channel 11, starting at 5.50pm.

Some 20,000 to 30,000 people including students, government officers, elected officials and members of religious organizations are expected to attend.

Given the logistics, all attendees should  be at Laem Phromthep no later than 4pm on the day to give the organizers time to ensure the event runs smoothly.

To prevent traffic snarls, a park-and-ride shuttle service will be set up at Nai Harn Lake.