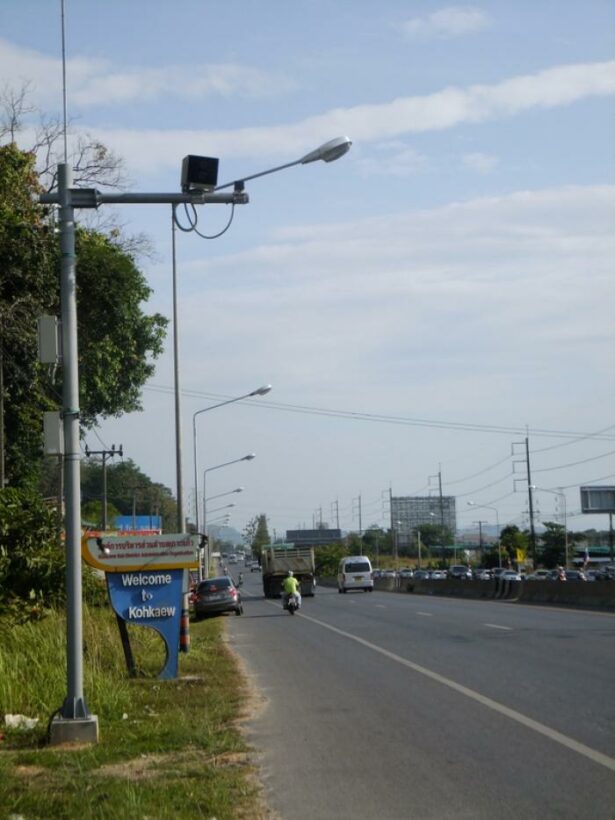 PHUKET: Speed cameras on Phuket’s bypass road will be put back in position this week after officials removed them on Friday.

“The pictures the cameras were taking at night were not clear or bright enough to identify license plates,” Lt Col Rungrit Rattanapagdee of the Phuket City Police told the Phuket Gazette yesterday morning.

“We hired mechanics from Nextech System Service in Bangkok to adjust the brightness of the images and the speed of the cameras.”

This is not the first time the cameras have had to be fixed since they were installed. In January, the infrared sensors had to be repaired after officials realized they were not reading speed levels at night (story here).

“Only about 100 pictures captured by the cameras were clear enough for us to read last month. It concerns us that speeding drivers are not being caught,” said Lt Col Rungrit.

Col Rungrit said that after being fixed, the cameras will be able to take high-quality photographs of speeding vehicles’ license plates both day and night.

Phuket mini-crepe maker saved from sharks, gets gift of a lifetime

Urgent call for blood to save Phuket teacher