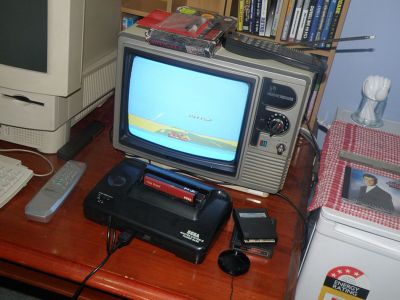 Nationally, cable and satellite television appears to be on a roll, with market penetration expected to reach 80% of the households in the Kingdom this year, up from an earlier projection of 50%. Industry leaders define the market universe at 20 million homes, with Phuket having a far higher percentage of Satellite subscribers than most provinces outside of Bangkok.

Niphon Naksompop, Chairman of the Satellite Television Association of Thailand, said last week that the boom is fueled by a trend which sees many traditional content producers moving into broadcasting itself.

The content providers are also seen to be upgrading programming quality, acquiring transmission technology, and going overseas where necessary for satellite coverage.

Additionally, cable TV operators in Bangkok and throughout the country have banned together to form Cable Television Holdings (CTH) to build public awareness of their services and to raise funds from their more than 100 members to import foreign content on a cost-sharing basis.

GMM Grammy, the nation’s largest music and entertainment company, is now focusing on its satellite-broadcasting initiative in addition to its traditional role as a content provider. Next month, the company will introduce its 1 Sky set-top boxes with an ambitious target of 2.5 billion baht in revenue for the first year.

Another positive factor driving the growth of satellite and cable TV at a rate faster than free-to-air TV is the growth in consumer purchasing power experienced in the first nine months of this year.

According to Thanawat Surachetkomsan of Phuket Cable, operator of one of the two largest networks in Phuket, technology has been a major driver.

“Thailand’s Thaicom satellite is now operating at full capacity, with all of its transponders sold out. But this has not stopped the growth of satellite television in the Kingdom because internet technology and greater bandwidth now enable Thailand’s content producers to send their shows overseas for distribution.

“Some go to Singapore for the satellite service, but the big players in the region are Hong Kong and Taiwan, with the former operating AsiaSat and the latter providing capacity aboard its NS6,” he says.

According to Mr Thanawat, Phuket now has about ten cable companies, with his company and KPP Cable being the largest. What drives their growth, which he describes as “moderate”, is competitive pricing. Phuket Cable, for example, now offers its subscribers 80 channels for just 350 baht a month, he notes.

Among the English-language programs offered by Phuket’s cable networks and their affiliates is the weekly show of the Phuket Gazette‘s PGTV, aired daily on Phuket Cable.

As reported earlier, PGTV, using the same game-changing technology cited by Mr Thanawat, will launch two ‘made-in-Phuket’ shows, Phuket Lifestyle and Phuket Talk, on UBC/True visions early next month. The weekly show files will be sent to True through the internet for uplink to their satellite.

Though cable and satellite TV is growing by leaps and bounds, advertising spending remains limited among the handful of big-name content providers such as Grammy, RS and JSL Global Media, as well as Work Point Entertainment who will launch their own satellite TV later this year.