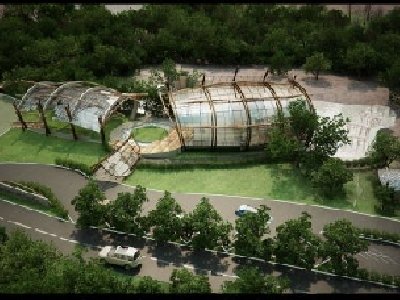 PHUKET: The award-winning design of the Orang Laut Culture Center is one big step closer to construction now that the extra budget needed has been approved.

The Phuket Cultural Office (PCO) announced they will soon be seeking tenders for construction.

The center, which takes its name from the Malay Orang Laut, meaning “sea people”, will be built at Baan Laem Tukkae on Koh Sireh.

PCO chief Tawichart Intarit told the Gazette that extra funding of 4,838,200 baht had been approved under the Thai Khem Kaeng (Strong Thailand) scheme.

This will be used in conjunction with the original budget of 2.1 million baht sourced from the 2010 provincial budget, applied for under the original plans for the center.

However, since that initial budget application was filed, a contest was held to improve the design of the center so that it will better portray the Orang Laut (Orang Lawoi in Thai) community it will represent.

“We had to rush to get the budget approved before the fiscal year ends [on September 30]. It was approved last week,” Mr Tawichart told the Gazette.

While the buildings will cost 5.89 million baht to construct, the remaining 1,048,200 baht will be spent on developing the surrounding area, including gardens, water features and fences.

“The PCO assigned the Phuket Provincial Public Works Office to draft the Terms of Reference (TOR) and to hold an e-auction to hire the construction company,” said Mr Tawichart.

“We expect construction to start this year,” he added.