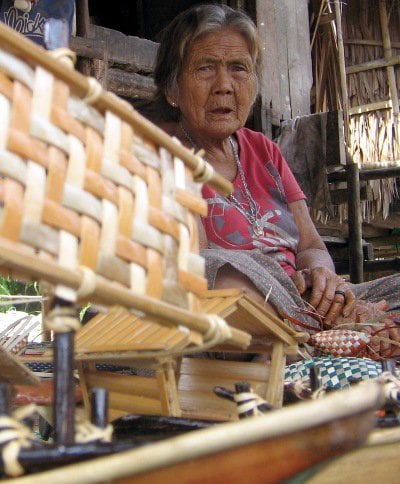 Their plight as stateless people was one of many issues raised during a May 4 meeting at Phuket Provincial Hall.

Providing some background, Rawai sea gypsy representative Niran Yangpan said a list of 80 sea gypsies seeking citizenship was submitted to Phuket Provincial Office in a naturalization process that began in 1994.

When the process ceased in 2009, there were still 16 Rawai sea gypsies on the list, he said.

Urging all relevant government offices to work together to resume the process, Mr Niran asked those present to consider the difficulties stateless people experience on a daily basis.

“Without an ID card, they don’t have the right to medical treatment in government hospitals, nor can they apply for jobs.

“Some poor sea gypsies died penniless waiting for their ID cards, and after they died it was impossible [for their relatives] to request a coffin for them from any public foundation,” he said.

A representative of the Phuket Provincial Cultural Office said there was a total 30 Phuket sea gypsies without ID cards, the 16 from Rawai and 14 more from Sapam.

Sumran Yukunthorn, deputy chief of the Phuket Provincial Office Administration Group, is responsible for overseeing the effort to get the sea gypsies ID cards.

He told the Phuket Gazette a week after the meeting that he had already submitted the list of 30 names to Muang District Office along with a request to proceed with the approval process.

“The Muang District Registrar will question each applicant and relevant witnesses and consider all the submitted documents before submission to the Ministry of Interior.

“It might take some time since this is a national security issue,” said Mr Sumran, adding that he would update progress on the matter every month.