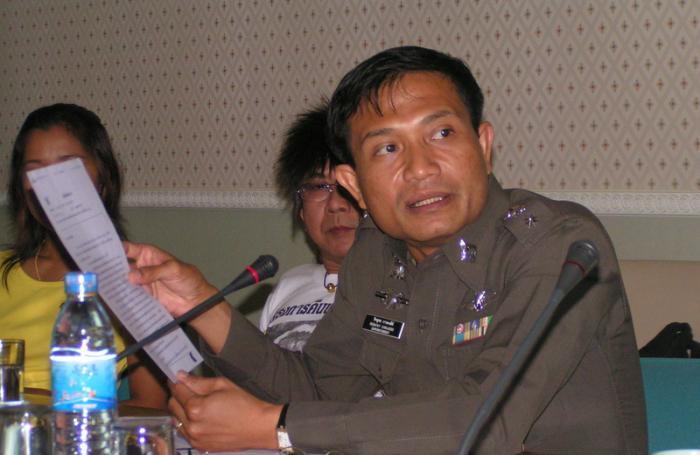 PHUKET: A British couple have alleged that they were robbed and raped while visiting Phuket during the Christmas and New Year’s holidays.

The couple, who were named by Belfast Live as Gerald Drumgoole and Michael Burnett, said they were attacked and robbed of 400 pounds and their iPhones after their drinks were spiked at a Phuket bar on New Year’s Eve. However, they did not reveal the name of the bar, the hotel they were staying at, or who they believe was behind the incident.

The couple also added that “Police in Phuket just laughed when we reported our attack. It seems that kind of thing happens regularly,” but they have not provided details of where and when the complaint was filed.

“So far, no report of the incident has reached us, but we will ‘look into it’ further,” Phuket Provincial Police Deputy Commander Peerayuth Karajedee told the Phuket Gazette today.

Belfast Live additionally reports that the couple returned home on Wednesday, where a doctor confirmed that they had been raped.

“We have been to Thailand before, but we have never experienced anything like this,” Mr Drumgoole told Belfast Live.

“On the night we were attacked, Michael and I decided to go out for some drinks to celebrate New Year’s Eve. We had a beer in one bar and then moved on to another. It was in the second bar that our drinks were spiked with a date-rape drug.

“After that we can’t remember anything. It was only well after the attack that we realized we had been attacked and raped.

“We went to our own doctor in Belfast who confirmed we had been raped. It has just been a very traumatic time for both of us. We have had to be tested for HIV and given an HPV vaccine and tested for syphilis.”

The couple added that their insurance provider “abandoned them” during their holiday.

“We were told that we had to contact the insurance company before deciding on which hospital to go to in Phuket. We phoned OUL Direct for five days and all they kept telling us was that they would send an email and get someone to call us,” Mr Drumgoole said.

“On the fifth day, my family back in Belfast got in touch with the British Embassy in Bangkok and we finally got sent to a hospital, but the hospital wouldn’t accept our insurance documents.

“We then got sent to a private hospital, which insurance companies don’t usually do, but because of our case they got us into this facility. The insurance company also said they would cover all charges, because they knew we had no money after being robbed.

“It was agreed that our excess fee would be paid, but after we received the treatment we were told we had to pay it.”

Mr Drumgoole added that their insurance provider told them to “leave the hospital without paying, as long as they still had possession of their passports”.

“They basically told us to flee the hospital. That is completely illegal. We could have ended up in a Thai prison,” he said.

UK-based insurance company OUL Direct has ‘responded’ to the claims and said they are investigating the matter.