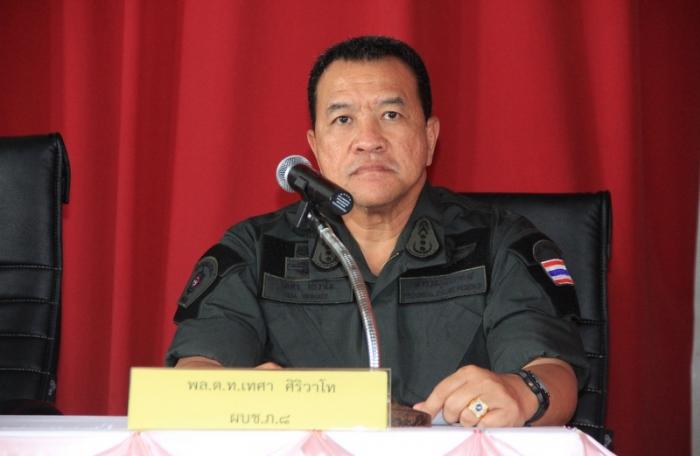 PHUKET: Phuket police say they were unaware of mass SIM purchases before the arrest of a suspect in Phuket on Saturday, but are keeping an eye on such activities following orders from the national police chief.

The discussions followed the arrest of a Chinese man (story here) in connection with the attempted robbery of a gun shop in Bangkok on Friday (story here).

The suspect Su Su, 29, was captured at a residence in Paklok after it was revealed that he had registered a SIM card found on one of the robbery suspects in Bangkok. He admitted to buying SIM cards in bulk for tour companies to give to Chinese tourists.

“We have further learned that Mr Su took Thai SIM cards back to China to sell to tour companies there. It may seem like a harmless act for tourists’ convenience but it really affects internal security,” Lt Gen Tesa explained.

Last year the NBTC set a July 31 deadline for all prepaid SIM card users to register their number or risk having their outgoing calls and data services blocked (story here).

Wanna Setthaphong, director of the Phuket-based National Broadcasting and Telecommunications Commission (NBTC) Region 11 office, today told the Phuket Gazette that Thailand has no limit on SIM card purchases as long as they are registered.

“At this stage, we are awaiting further notice, but we would like to reassure residents and tourists that all necessary security measures on the island are in place,” Gen Tesa affirmed.