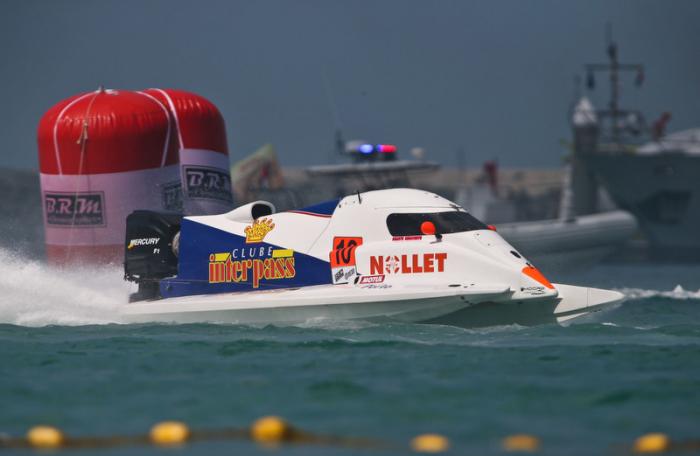 The artists are expected to grace the Phuket stage for one evening each of the three-night event. Despite his love for fast, expensive vehicles, Mr Bieber is not expected to race.

“We will do everything we can to help ensure Phuket is able to facilitate their needs, allowing us to start a long-lasting partnership as a host for this incredible event,” said Phuket Vice Governor Prajiad Aksornthammakul. “However, the final call will come down to Lucky Triple T.”

Ms Buldamrongzin said she was confident that the event would be coming to Phuket, especially as much of the necessary paperwork had already been processed.

This year, nine teams and 18 drivers from 11 countries will compete at Grand Prix in Europe, the Middle East and Asia for the coveted world title. The prestigious number 1 plate will be carried by the defending two-time World Champion, Philippe Chiappe, driving for the CTIC China Team.

The Phuket race, which will be part of the UIM F1H2O World Championship circuit, is slated to be the seventh of the nine races this year, injecting more than 350 million baht into the local economy.

The series kicked off on March 4 with Chiappe grabbing the lead from the start and holding it for the entire 48 laps to win the inaugural Grand Prix of Dubai.

The event in Dubai was held downtown, along the inner city lagoon in front of thousands of spectators. However, in Phuket, organizers are still up in the air about whether to host the event at Bang Tao Beach or Karon Beach.

“If it really happens, this will be the biggest event ever hosted in Phuket. Ultra-wealthy people join these kinds of events, so it’s easy to imagine how hotels and other businesses on the island will benefit,” said Pramookpisitt Achariyachai, the honorary consulate of Finland in Phuket. “Many years ago, they attempted to hold the event here, but it never happened. I hope the government does what’s necessary to host the race this year.”