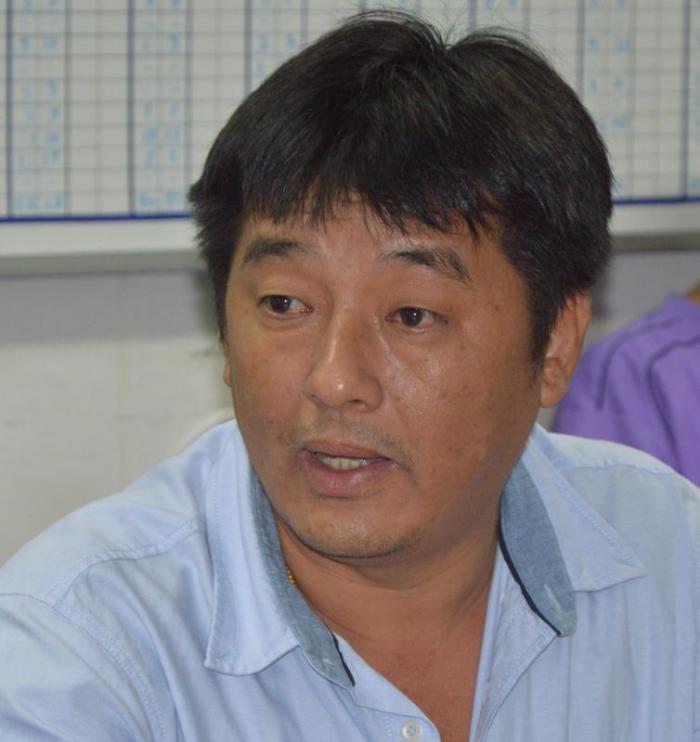 PHUKET: An angry family ransomed the Chalong Police Station for 900,000 baht in compensation for failure to apprehend the suspect of deadly hit-and-run nine months ago.

The three vehicles blocking anyone from entering the police station were not moved until the owner of the pickup truck that struck the man dead offered cash compensation (story here).

“I want to end the problem, as the vehicle is mine. If possible, I would like pay the full amount at 1pm on April 12 at Chalong Police Station,” said Moo 1 Chalong Headman Pradit Ongsatiparp.

“The driver was working for me for only two days. I do not have his identification card. I do not know where he is.”

The family accepted the offer. However, they demanded that police still attempt to arrest the driver, identified on the arrest warrant only as “Mr Dam”.

Mr Dam struck and killed Surachai Taweesin, 59, before 7am at Chalong Circle in July. He fled the scene.

“My husband hadn’t arrived at the market, so I told my son to look for him. At the Chalong Police Station, I saw his damaged motorbike in the back of a police pickup truck,” said Buppa Taweesin, who joined the blockade this morning.

“The police told me my husband was dead and that the body was at Vachira Phuket Hospital.”

Over the next nine months, Ms Buppa and relatives paid 10 visits to the Chalong Police Station, she explained.

“We came to the police station today because we want justice for our family and progress in the case,” Ms Buppa said.

“On the day of my husband’s death, Mr Pradit said he had no part in the accident and that it was beyond his responsibilities.”

Phuket Provincial Police Deputy Commander Pinit Sirichai, who met with the family to negotiate the situation this morning, said that Chalong Police officers have been ordered to finish the case as soon as possible and send a report to him within one month.