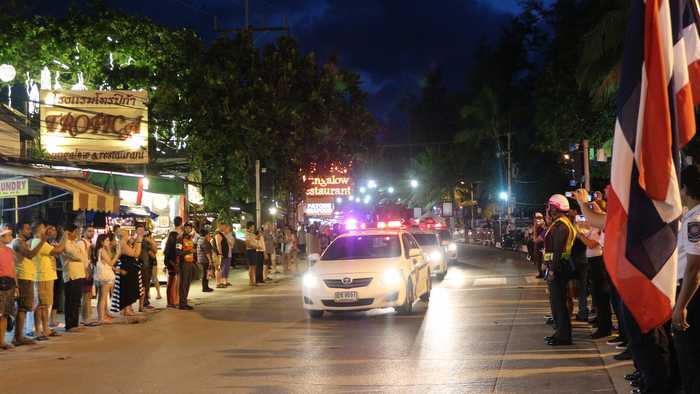 Police must remain vigilant over the next few months, as the high season and prominent international sporting events could act as magnets for criminals, said Royal Thai Police Assistant Commissioner Korkiat Wongworachat.

“Not only is this the high season, we also have many events coming up – including Loy Krathong and the 4th Asian Beach Games. These events will be used by criminals to target unsuspecting people,” said Lt Gen Korkiat.

“Police must be ready to keep the peace and look out for any troublemakers. It’s also important that tourists feel Phuket’s police have their well-being in mind.”

“Heavy traffic will need to be carefully managed by Phuket’s traffic police to avoid serious gridlock during upcoming events,” he said.

“I am impressed with the work of Phuket police. Preventing crime from happening is one thing, but when it happens, they have had a high rate of success in catching suspects,” he said.

“Please keep up the great work as this will make tourists happy and encourage them to return later.”