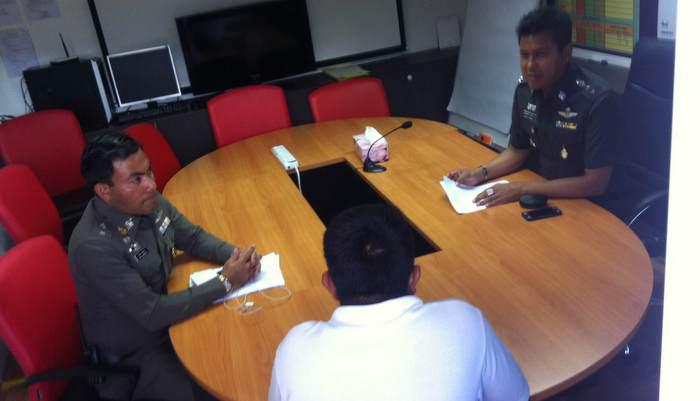 PHUKET: Police arrested a Phuket resident today for the rape of a 24-year-old Myanmar national and her 14-year-old niece in the forest along Ao Yon – Khao Khad Road on May 8.

The man, who turned himself in, was charged with rape, rape of a person under the age of 15, and theft.

The 44-year-old suspect has denied all charges.

“The women explained to us that the aunt was waiting for transportation from Bus Terminal 2 to the restaurant the pair work in on the Ao Yon – Khao Khad Road, when the suspect offered to give her a ride in his car,” explained Phuket Provincial Police Deputy Commander Arayapan Pukbuakao.

“Once they arrived at the restaurant, the suspect asked to see the woman’s work permit, which she was able to provide. He then spotted her niece, and demanded to see her work permit as well.”

The young girl was unable to provide one, as she was in the country illegally, said Col Arayapan.

“The man forced the two women to get into his car, drove them to the forest and raped them. Afterward he took them back to the restaurant to collect their valuables,” Col Arayapan said.

The woman and her niece handed over 27,400 baht, two mobile phones and a gold ring.

Eight days later, the women filed a complaint with police.

It wasn’t until police were able to identify the suspect’s car from CCTV footage in the area that they were issued an arrest warrant from the court, which led the suspect to turn himself in.

Phuket lifeguards to be back on duty by next Tuesday