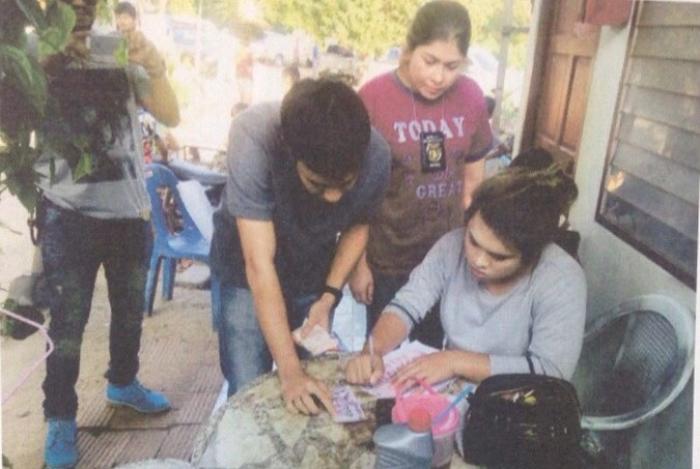 Boonsong Saetan, 23, was arrested after she received 1,500 baht given to a 15-year-old that she had lined up to offer sexual services to an undercover police officer.

“The officer confirmed an appointment at a hotel in the Poonpon area at 5pm with a 15-year-old girl,” explained Maj Somchai Nooboon of the Phuket City Police. “The undercover cop told the girl that her body was too small and that he wanted a different girl. However, he gave her the money and let her leave.”

Once police witnessed the teen arriving at Ms Boonsong’s house and handing her the money, they moved in to make the arrest.

Ms Boonsong was charged for the human trafficking of a teenager between 15 and 18 years old for sexual purposes under the Anti-Trafficking in Persons Act B.E 2551 (2008). She also faces a charge under the Prostitution Prevention and Suppression Act BE 2539 (1996).

Triple circumnavigation of Phuket proves too much for Aussie