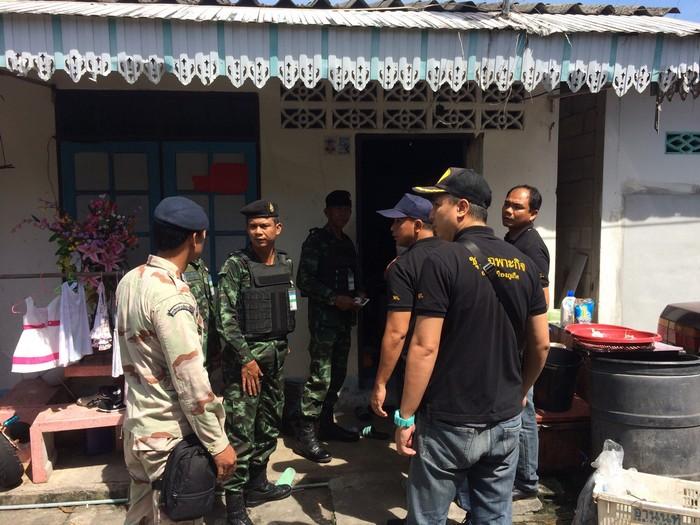 PHUKET: A 74 year-old woman was arrested Sunday for ‘looking after’ more than 58 kilograms of kratom leaves and 45 bottles of cough syrup used to make concoctions of illegal sedatives.

Acting on a tip-off, military officers led by the 41st Military Circle’s Major Sathit Naikoon arrested the pensioner at 10am yesterday at a house in Soi 6 of the Saphan Ruam community in Rassada.

“We found krathom leaves and bottles of cough mixture in the first house that we inspected, and then we saw an elderly woman acting suspiciously as she disappeared into a neighboring property,” said Maj Sathit.

Maj Sathit said they asked neighbors to contact the owner of the two houses but the landlord refused to show up. Officers also found in the properties 13,000 baht in cash, which they believe is from sales of the concoction.

Ms Jai was not immediately charged with any offenses until investigators could catch up with the owner of the properties used to store the illicit drugs.