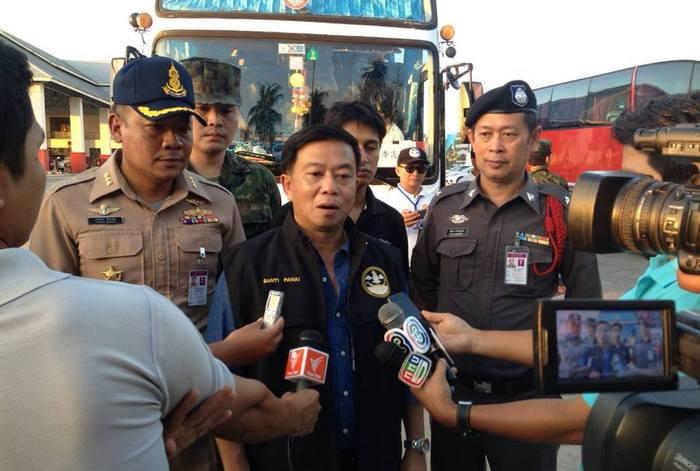 PHUKET: Officers arrested six illegal tour guides in Phuket on Wednesday and suspended the business licences for the companies that hired them.

“Working along with military personnel and police, we stopped buses and passengers at the Tah Chat Chai checkpoint in an effort to crack down on illegal tour guides on the island,” said Santi Pawai, director of the Ministry of Tourism and Sports (MOTS) Phuket Office and head of the Tourism Business and Guide Registration Region 2.

The companies who hired the guides were contacted and their business licences suspended for 15 days.

Five of the six tour guides arrested were foreigners, while one was a Thai national who was registered to work in Chachoengsao and Bangkok only.

Mr Santi declined to name the suspects, but noted that he will ensure that the foreigners, if found guilty, are deported and blacklisted according to new regulations (story here).

All six were taken to Tah Chat Chai Police Station for further processing.