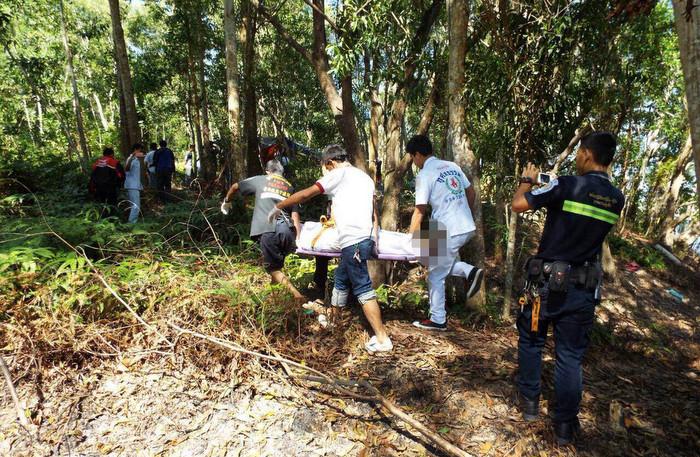 PHUKET: Police are investigating the death of a Patong motorbike taxi driver after his body was found floating in a secluded area in Bang Wad Dam.

Officers were called to the area after a local discovered the body of Chanon Phumpinai, 25, on Wednesday afternoon.

“We had to walk quite a long way into the forest to reach the body,” said Lt Col Ampolwat Saengrueng of the Thung Thong Police. “We found the body floating in the water. It looked as if he had his neck broken.”

Police discovered a small shack with empty liquor bottles nearby, and were able to confirm with family members that Mr Chanon often came to the area to drink with friends.

“At this point we are unsure if Mr Chanon was killed or if he slipped and fell into the water,” Col Ampolwat said. “We have yet to rule out foul play.”

Mr Chanon’s body was taken to Patong Hospital to confirm the cause of death.