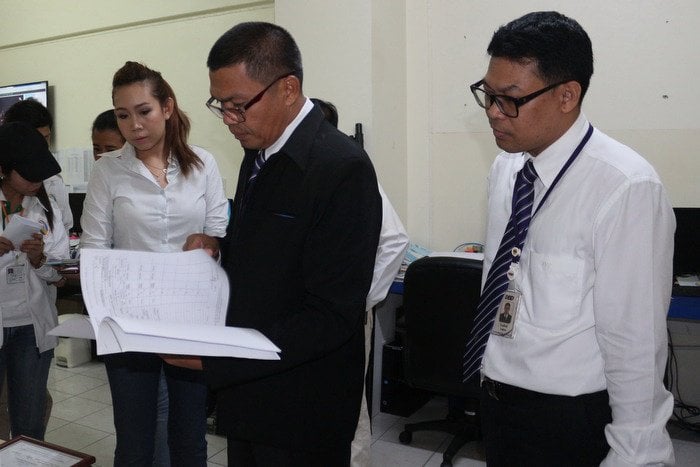 PHUKET: Officials launched an island-wide inspection of tour companies with foreign shareholders yesterday in an attempt to root out the practice of using Thai nominee shareholders to maintain control over a company.

More than 3,700 ‘foreign-owned’ businesses are registered in Phuket, explained Department of Business Development Phuket Office Chief Nimit Kangkajit back in 2013 when a similar investigation was backed by Bangkok officials (story here).

About 80 of those businesses are tour companies, confirmed Santi Pawai, director of the Ministry of Tourism and Sport (MOTS) Phuket office, who led the latest round of investigations.

Also joining in the latest investigation was Mr Nimit, who assured those he was working with that if anything was found amiss, his office would take immediate action.

“There are many foreigners who have invested in Thailand, especially in the tourism sector. At the forefront are Chinese, followed by Russians,” Mr Nimit said. “Because a foreigner can’t own a majority share in a company, there is a temptation for these investors to use Thai nominees.”

The investigation yesterday looked into the books of 10 companies operating in Thailand, two of which had suspicious documents, confirmed Mr Santi.

“We are looking closely at these documents to ensure that everything is legal and that foreign investors in these companies are not using Thai nominees,” he said.

Mr Santi did not detail exactly which actions would be taken against the companies at this stage of the investigation.

“There are about 80 companies that we will be looking into. We are collecting details about the companies, including registration, finances, tax information and many other relevant documents. ” Mr Santi said.

“We want to keep a close eye on tour operators to avoid any future problems that might tarnish our reputation, such as the recent fraud case.”

Earlier this month, Thai national Peerapat ‘Deer’ Singhon turned himself over to police for defrauding a Phuket-based tour company of about 1.5 million baht (story here).