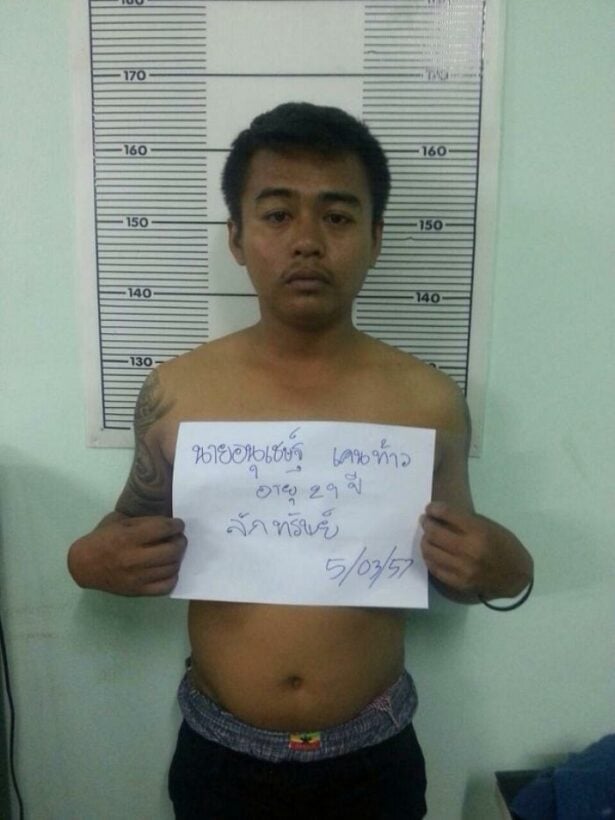 PHUKET: Police arrested a Phuket man early yesterday morning for swiping a wallet from a tour guide counter in Patong.

Patong Police received a complaint from 47-year-old tour agent Urailuck Chaiphan that her wallet had been stolen from the M.E.G. tour counter.

“We investigated CCTV footage and saw that the suspect had a tattoo on his arm and was wearing a motorcycle taxi driver vest,” Sutthichai Thianpho of the Patong Police told the Phuket Gazette.

The suspect was apprehended as he was picking up his wife that morning from a shop called Tong Nuang ‘111’.

“When he arrived at 12:05am, we presented ourselves as police and showed him the CCTV footage of the theft,” Lt Col Sutthichai said.

Mr Anuchet was arrested and taken to Patong Police Station to be identified by Ms Urailuck.

He was subsequently charged with theft.

Phuket Sport: Getting back to the top