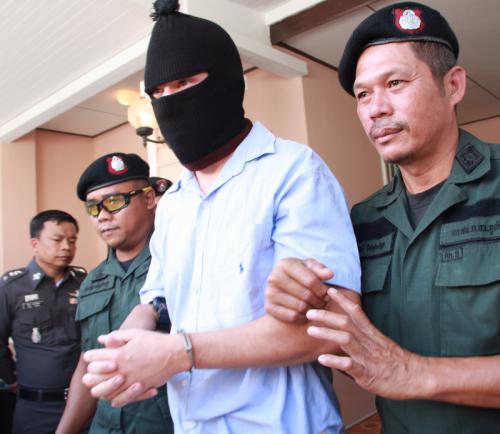 PHUKET: Moshe David was in court today for the execution of Hungarian businessman Peter Reisz, whose body was found with hands bound in a rubber plantation on Phuket in 2012 (story here).

The judge ordered a media blackout on reporting evidence presented at the case, which started at 2pm at Phuket Provincial Court. The judge asked for the blackout to avoid the possibility of presented evidence affecting the testimony of other witnesses.

The trial is set to continue on February 24.

In a separate case, Moshe David is suspected of murdering Hungarian billionaire Laszlo Csepai, 39. Human remains thought to be those of Mr Csepai, who has been missing since February 2011, were found in the basement of a villa owned by Mr David (story here).