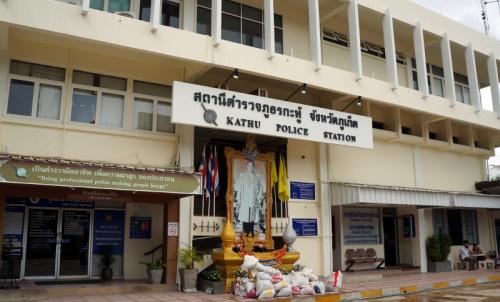 PHUKET: Police are searching for a man who repeatedly raped his 15-year-old handicapped stepdaughter, leaving her pregnant before he ran away.

The 40-year-old man, originally from Laos, has been at large since June 29, when his wife discovered what he had done.

Police have not released a description of the man or a photograph.

“The mother told us that on June 29 the stepfather admitted to raping the daughter multiple times,” said Capt Teerasak.

“The girl can’t walk because she had polio, and she is only 15 years old. The mother was furious and kicked him out of the house,” he said.

The mother first sought help from Patong Municipality officers, who arranged for a pregnancy test. The test revealed that the girl was five months pregnant, at which point her mother took her to the police.

She told police she wanted her husband arrested.

Patong Police confirmed the pregnancy with another test at Vachira Phuket Hospital, in Phuket Town, and arranged for social services to help the girl.

“At this stage we are questioning residents in the area and collecting information in order to arrest the stepfather,” said Capt Teerasak.

The girl’s mother and stepfather married when she was five years old, the mother told police. They had been married for 10 years and have two children together.

Family appeals for help with missing daughter in Phuket