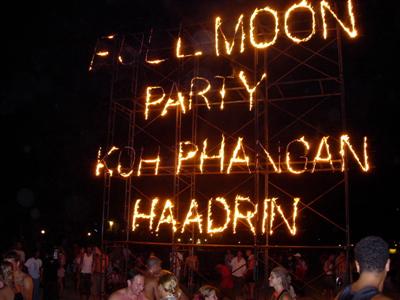 PHUKET: A Phuket man has confessed to the strangling murder of a female German tourist on Koh Phangan on the night of the island’s famous Full Moon Party, local police said.

Tattoo artist Tiwat “Ood” Kasemchoke, 29, yesterday confessed that he strangled Astrid Al-Assaad Schachmer on Koh Phangan and disposed of her body in the water at Baan Naiwok Beach, not far from the Songserm Company pier.

His victim, 45-year-old Ms Schachmer, was found dead on Sunday with bruises around her neck and her body topless.

A native of tambon Wichit in Phuket, Tiwat was one of three suspects questioned by police after an investigation revealed he was the last person seen with the victim on Saturday night.

“She had humiliated me. She often told other foreigners that I fell for her and tried to rape her several times, which is not true,” he claimed, “It was she who fell in love with me and wanted to be in a relationship”.

“I’d planned to kill her. So, I invited her to a party at a shop where I’ve been working. Then, I suggested that we walked to a beach together. That’s where I punched and strangled her,” he said.

An initial examination of the body revealed no signs the victim had been raped, police said.

The German tourist had stayed on Koh Phangan since December 10 last year. In 2007, she also spent her four-month vacation on the island.

The murder once again puts the safety of foreign tourists in the region into the spotlight.

Janchote Piriyasathit, head of the Koh Phangan Hotel Business Association, said the murder was the first of its kind in 10 years on the island.

Islanders, knowing tourism is the cornerstone of the economy, actively watched out for the safety of tourists; the arrest of Tiwat might help alleviate safety concerns, but better security is still needed, he said.

Mr Anek Noorak, president of the Surat Thani Tourism Business Association, said he feared news of the killing would further harm the local tourism industry at a time when it was already sluggish.

He called for a fast investigation and trial as a way of restoring tourist confidence, and better security during the island’s infamous Full Moon Parties.