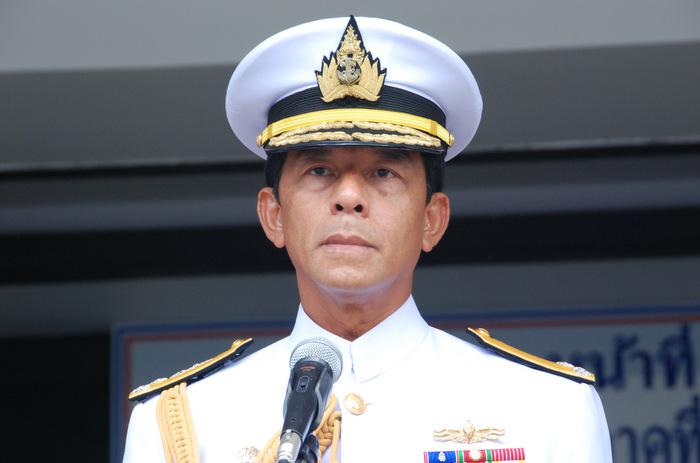 PHUKET: The Commander of the Royal Thai Navy’s Third Area Command based in Phuket, Vice Admiral Taratorn Kajitsuwan, this afternoon was not available for comment on Thailand being placed under a coup by Army chief Prayuth Chan-ocha earlier today.

Gen Prayuth, along with the national police chief and the heads of other national armed forces, publicly declared a coup over the Thai government in a live national television broadcast at 5pm (story here).

“Vice Admiral Taratorn is the only officer who can comment on this, but at this time he is unavailable,” a Naval officer at the Third Naval Area Command Operations Center told the Phuket Gazette late this afternoon.

“Governor Maitri is not available to make any comment at this time,” his personal assistant confirmed.

During his televised address to the nation, Gen Prayuth declared a ban on the movement of all troops until further notice.

He also issued a ban on the movement of all weapons.

“All officers who are in charge of weapons in order to perform their duties are not allowed to move those weapons unless they have received an order from me,” he said.