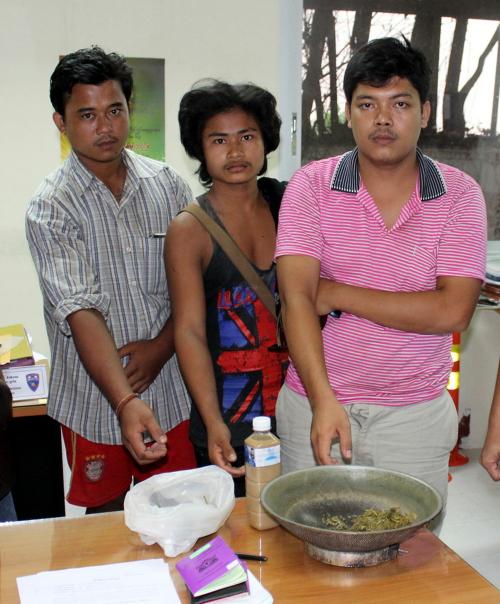 Their arrest follows the felling of a kratom orchard in Patong three days ago and precedes a meeting of the Narcotics Control Board, Food and Drug Administration, Public Health Ministry and National Police next week about whether to decriminalize the leaf (story here).

The arrests yesterday at a workers’ camp on the Baan Don-Cherng Talay Road occurred during a routine immigration police patrol.

“We regularly go through the workers’ camps as part of a crime and drug-prevention campaign,” said Phuket Immigration Superintendent Sunchai Chokkajaykit.

“This time, we noticed three men sitting together who looked nervous when they saw us. We went to see what they were doing, and discovered they were boiling kratom leaves,” he said.

Immigration officers seized the pot, seven kratom leaves in a bag, and a bottle of kratom drink.

All three were taken to Phuket Immigration to be questioned and prosecuted.