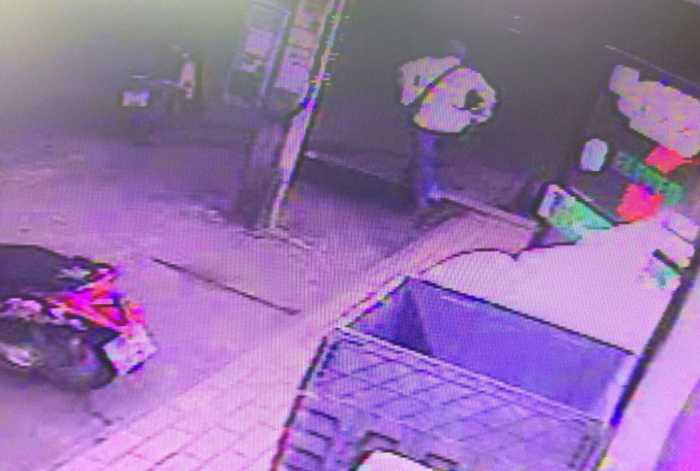 PHUKET: Police are searching for a robber and his accomplice after a man threatened staff with a knife and robbed a 7-Eleven in Rassada, north of Phuket Town, at about 4:30am today.

Police arrived at the scene, in front of the Rock Garden housing estate on Pracha-U-Thit Road, soon after the robbery.

“He threatened me with a knife and ordered me to hand over the cash, then he came behind the counter and took 2,000 stamps,” she said.

“It happened very quickly. He then ran outside to a motorcycle driven by another man and they sped off.”

The robbers made off with 1,290 baht cash and 6,000 baht in loyalty stamps, Capt Nucharee confirmed.

“They were both recorded on the store’s CCTV cameras. We are searching for the suspects now,” she added.

The same 7-Eleven store was robbed at knifepoint in August last year, when a barefoot man armed with a long kitchen knife made off with just over 10,000 baht (story here).