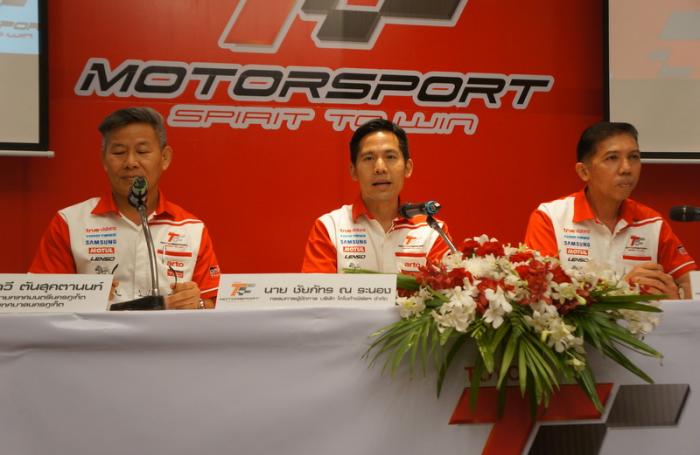 PHUKET: Get ready for some motorsport fun at Saphan Hin next month, as Toyota Motorsport returns to Phuket with its ‘Fast Fun Fest’ series for the sixth year running.

Toyota will also hold the first ever ‘Hilux Revo One Make Race’ for vehicles with 2,400 CC engines, a real test of durability and performance, Toyota executives announced.

“Phuket will be hosting the first round of this year’s series on July 2-3,” said Toyota Pearl Managing Director Chaipat Na-Ranong.

“Motorsport fans, students, car lovers and anyone else interested in participating in an exhilarating range of activities is welcome to join the event,” said Mr Chaipat.

“We are also keen to raise awareness on road safety and give people a chance to learn more about motorsports.”

Phuket is the only province chosen as a host for six years in a row.

“We are thankful for all the support we receive in Phuket. Even though it rains most of the time we are here, people still come out to support us,” said Mr Chaipat.