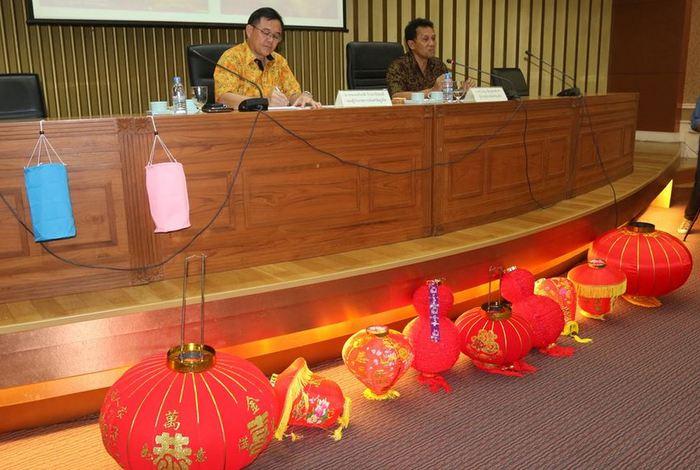 PHUKET: Phuket will hold a Lantern Festival next month as officials snowball a number of celebrations together: Valentine’s Day, the Chinese New Year and the induction of Phuket as a UNESCO City of Gastronomy.

The event will be held throughout the island and run from February 2-22.

“We will fill the island with light, as well as promote the more than 300 kinds of Phuket foods that secured it a place as a UNESCO City of Gastronomy,” said Phuket Governor Chamroen Tipayapongtada. “We have already coordinated with the Tourism Authority of Thailand to ensure that this is a major event on Phuket this year – it will be a perfect compliment to the Chinese New Year and Valentine’s Day.”

Though the event is to take place in two weeks, officials were unable to reveal any specifics about the celebrations or where exactly they would be held.

“Once the details are set, we will inform everyone,” Governor Chamroen said. “For this special occasion, I would like to invite people from all over Thailand to join us. We, Phuketians, will welcome with open arms all tourists wanting to join us for the festival.”