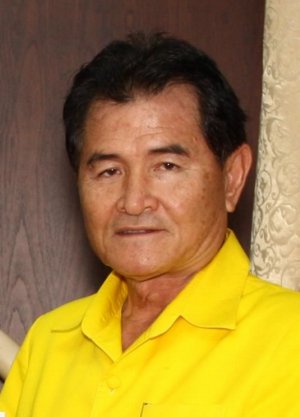 PHUKET CITY: The governor of Phuket, Wichai Phraisa-ngop, on Tuesday responded to explosive claims by a Thai research body that foreigners own 90 percent of the island’s beach land.

The Thailand Research Foundation announced the results of its research into land ownership at a seminar attended by economics and law scholars last week.

The Bangkok Post quoted Siriporn Sajjanont, a member of the research team from the economics faculty at Sukhothai Thammathirat Open University, as saying foreigners controlled 90 percent of land along the coastline of Phuket through Thai nominees.

The claims have caused a furor in the Thai media, following reports that businessmen in the Middle East were snapping up rice farms in other parts of Thailand using local proxy companies.

Questioned by the media at a ceremony to give out scholarships to students at Phuket City Municipality offices, Gov Wichai refused to confirm or deny the 90 percent claim.

The governor nevertheless conceded that foreigners were exploiting legal loopholes in order to gain control of Phuket’s land.

“One way to own property is through a business registered as a juristic person,” Gov Wichai said.

“As long as Thai people own 51 percent or more of the company and foreigners 49 percent or less, that’s legally permissible.

Gov Wichai said the government was drafting new laws to prevent this from happening.

Foreigners were also marrying Thais in order to own businesses to purchase property, he said.

“The law doesn’t allow foreigners to own land and property, except for condos, so they’re finding Thai husbands and wives,” he said.

“Sometimes they even use fake marriage documents,” Gov Wichai added.

The governor said that Phuket authorities were carrying out stringent checks to find out whether the money to buy land was coming from Thais or foreigners.

“If marriage licenses are fake or Thai nominees are used but the money used to buy the property isn’t coming from Thai people, we won’t let them buy property. In the past, many people have been refused permission to buy property in Phuket.” he said.

The governor expressed concern that foreigners were renting farmland in other parts of Thailand.

“Outside Phuket, we have to worry about people from the Middle East leasing our farmland. They can rent it for 30 years and can extend the lease two more times – that’s a very long time,” he said.

Mermaid baby given less than a month to live