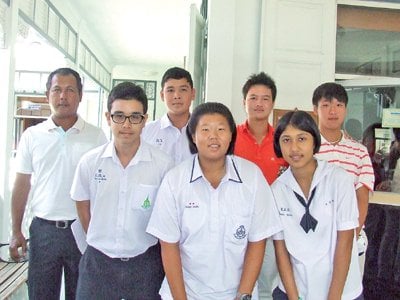 PHUKET: The Youth Golf Club of Phuket has sent one young player to compete in the United States before preparing for the Phuket Youth Games to be held from May 28 to June 5 with 10 other members of the club.

Jinjuta Thongtan, a student at Satree School Phuket, was selected to represent Thailand at the World Junior Golf Series to be held at Ponte Vedra Beach, Florida, which opens today and runs through December 24.

The 16-year-old has been playing golf for six years and is confident of her chance to do well in the competition. She is currently ranked 1,312 by the World Amateur Golf Ranking system.

“I will do my best to give Thailand a golfing reputation,” she said.

The team selected to play in the Youth Games consists of six boys and five girls.

Thammawat expects the team to walk away from the Trang tournament with two gold medals.

“The top players from the Khon Kaen competition will be invited to play in the Phuket competition in May next year,” he added

Pariwat Pinsawat, 14, will be attending the Trang competition with the team and was identified by Thammawat as one of the best emerging young golfers.

“Pariwat is turning professional and plans on going to Japan. Recently, at the Mazda tournament in Phuket, he came in eight under par. With a record like that he should go far,” he said.