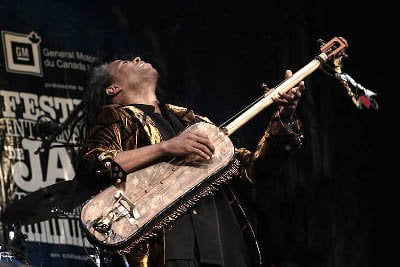 PHUKET: Popular Thai artist Todd Tongdee Lavelle, a main organizer of the Phuket World Musiq Festival, has confirmed the lineup of artists who will be performing at the event.

The festival, to honor the 84th birthday of HM King Bhumibol Adulyadej, will be held at Saphan Hin, in Phuket Town, from December 2-5.

The festival will open on December 2 with a performance by the Phuket Symphony of Youth and culminate on December 5 with Thai National Artist Naowarat Pongpaiboon leading the “Father of Love” celebration in honor of His Majesty.

The daily concerts are scheduled to start at 4pm and continue to midnight.

The concerts are free and will showcase not only music from Thailand, but also artists from around the world.

Na Yong & Team from the central plains will supply the rap, while Nga Caravan’s contemporary rock and Khun Inn’s unique xylophone style add to the mix.

An Uruk Lawaoi Phuket sea gypsy band will also be headlining the event.