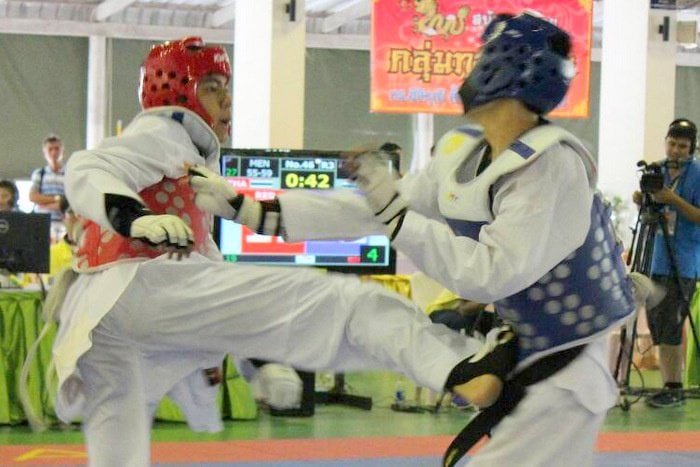 Thammawat Wongcharoenyot, president of Phuket Sports Association of Thailand Phuket office, was proud of the squad’s performance, especially in the martial arts events.

“Phuket won 39 medals this year: 7 gold, 10 silver and 22 bronze. Now Phuket is ranked 18th in the country for youth sports, and second in all of Southern Thailand.”

Mr Thammawat also praised those who supported the squad.

“We had athletes competing in 18 different events, and a total of 204 people from Phuket as coaches, parents and staffers from the Sport Association of Phuket to support them.”

Phuket fighters performed especially well at the games, which began on March 16.

“I am happy with our results this year; we won more medals than last year,” Mr Thammawat said.

“And we will do our best to train our players to win even more medals for Phuket next year.”