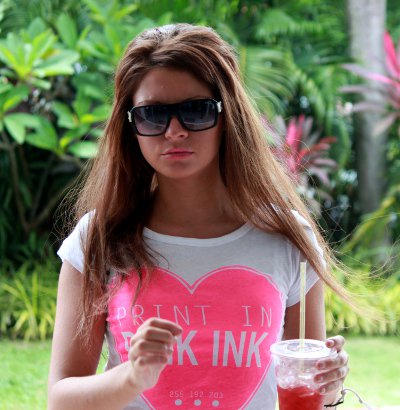 PHUKET: Stevie Bamford, the 21-year-old Australian tourist who in June confessed to Thai police that she had filed a false rape claim in Phuket, steps onto the Australian prime-time television show Today Tonight to reveal the ‘truth’ about her sexual assault in Thailand.

In her original report of the incident to Patong Police, Ms Bamford claimed she was attacked by three men while taking a tuk-tuk back to her hotel at about 2am.

However, CCTV footage taken at the end of Soi Bangla shows the Australian woman leaving the area on a motorbike taxi at about 3am that Sunday.

“The Australian confessed to the police last night [June 14] that she lied about being raped,” said Patong Police Superintendent Sermphan Sirikong at the time.

An online trailer for tonight’s Today Tonight show introduces the topic in a very different light.

“An investigation into how a young Australian woman went from being the victim of a sexual assault on an overseas holiday to being treated like a criminal by the authorities,” says the show’s host Matt White.

“I just remember being held down on the floor I couldn’t move,” Ms Bamford says in the trailer.

“She said you sign this here, saying you lied and you’ll get a small fine and then go back to Australia and then everything will be fine,” Ms Bamford also alleges.

However, Phuket Prison chief Rapin Nichanon clarified in July, “According to the sentence, she is being detained, not imprisoned. That is why she is at the Bang Jo facility.”

The Bang Jo Detention Center is primarily used for inmates about to reintegrate with society after serving sentences at Phuket Provincial Prison or for people serving short sentences for minor crimes.

Over the past year, the current affairs coverage by Today Tonight has received some criticism for its depiction of events. Some of the most scathing remarks coming from Australian national news source The Age.

In June, before Ms Bramford agreed to revealing all on prime-time television, Patong Police Superintendent Sermphan Sirikong expressed his concern that the false report had already damaged Phuket’s tourism image.

The Gazette notes that Today Tonight’s ‘sister-show’, called Sunday Night, as recently as March this year listed a ‘Sarah Bamford’ as a co-producer.

However, the website no longer lists Sarah Bamford as related to the Sunday Night show in any capacity.

The Gazette has yet to establish whether or not the Sarah Bamford previously named as a co-producer of the show is any relation to the Stevie Bamford to be featured on Today Tonight.