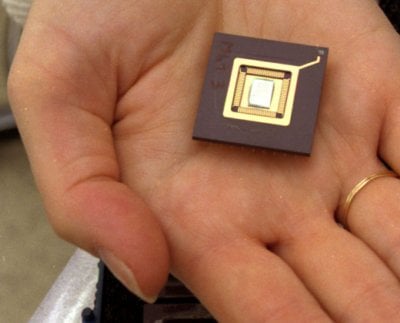 As of today, all foreigners living permanently in Phuket are to receive mandatory microchip implants in a move designed to keep track of their movements with new GPS technology.

Phuket will be the first province to launch such a system, with the rest of the country expected to follow suit in the coming months.

Retired expats will be the first in line for the new chips, which can be obtained at designated health centers around the island.

Inserted under the skin, the Mongolian-made chips are about the size and shape of a marble. They are capable of transmitting a wide variety of data to control centers in the capital.

Lending support to the new scheme, Microchip Enforcement Department (MED) agent Somchai Titipong said the move was “expected, initially, to ruffle some feathers among the island’s flock of foreign expats, but would be very useful in collecting data for both marketing and census purposes.”

From later this month, the agency will be able to use the data to monitor foreigners’ movements on the island and gain knowledge of consumer habits, nighttime behavior, travel plans and much, much more, Mr Titpong added.

One foreign expat, who received the new chip at a medical clinic in Chalong this morning, told the Phuket Gazette that although his “hurt like hell”, he wasn’t opposed to the new tagging system.

Oliver Hammond, 55, a Phuket resident for the past 15 years, said: “This is a wise move by the MED. It’s an easy and cost effective way to help provide accurate information on foreigners living here and gain insights as to how we as a foreign community live and work on the island. I fully support the scheme,” he said.

Listed at the top of a roster of 34 foreign countries whose nationals are due to receive implants is the United States, followed by the United Kingdom, Germany, France and Sweden. Australian expats will not have to receive the microchip, but are being asked to report for the fitting of ankle bracelets instead. The MED officer declined to comment on the reason for the Australian exception.

Sources close to the MED told the Gazette that the implant procedure – and ankle bracelet for Australians – would not cause any pain or adverse side effects, such as tissue bleaching or passive aggressive sobriety syndrome (PASS).

Meanwhile, readers are urged to look at the first letter (in bold) in each of the paragraphs above to see if they can make any sense of this.

Happy April Fools Day to one and all.