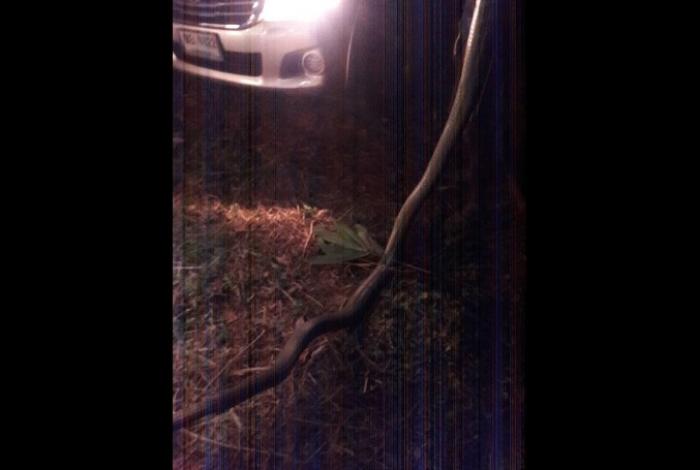 PHUKET: Rescue workers caught a 5-meter-long king cobra from a bamboo tree near a Rawai house on Saturday.

“We found the 10kg snake at a soi in Baan Saiyuan. Ten Rawai Municipality Rescue workers took about two hours to catch it,” said one rescue worker.

There were two of them up in a bamboo tree. The other managed to escape.

“We told locals to be careful. The other snake may come back to look for its partner, so please inform rescue workers if you find it,” said Rawai Mayor Aroon Solos.

The cobra was later released into nature on the hills of Karon.