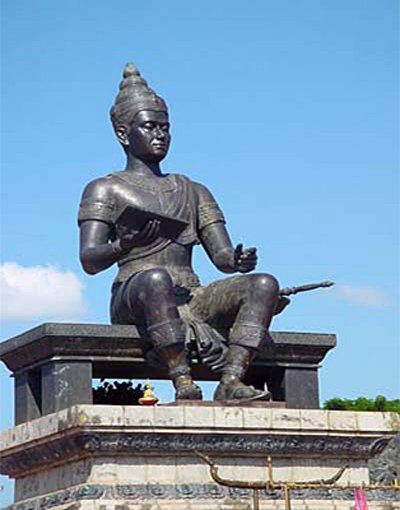 PHUKET: Today, July 29, is marked by Thais as National Thai Language Day, and was celebrated in Phuket earlier this week with ceremonies involving more than 1,000 students, historians and prestigious scholars.

The celebrations at Rajaphat University Phuket on Monday included a writing contest, a Thai folk song contest, traditional dancing and speeches by leading scholars on the importance of preserving the nation’s written language.

Among the speakers was award-winning folk singer Ekachai Sriwichai, who is recognized by the Ministry of Culture as the country’s leading authority on regional dialects.

National Thai Language Day is in remembrance of a debate on the preservation of the nation’s language between His Majesty King Bhumipol Adulyadej and professors at Chulalongkorn University’s Faculty of Arts on July 29, 1962.

In 1999, the Thai government officially made July 29 a day of national importance to mark the King’s 1962 speech and his commitment to preserving the Thai language.

The Thai alphabet was originally conceived by King Ramkhamhaeng, the third king of the Sukhothai period, 726 years ago.

According to Thai educator Ajarn Jarin Ngunjun, Thai is one of only 100 languages with an official alphabet.

Missing American could be in Phuket