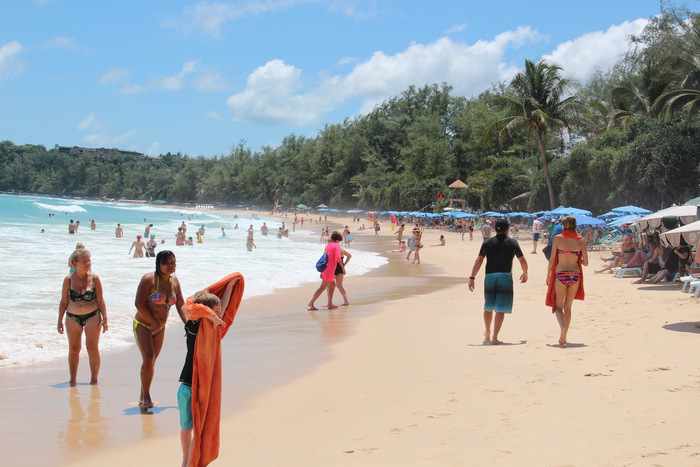 PHUKET: A boy who was to turn 15 years old in five days drowned at Karon Beach this morning.

Kunakorn Saetiaw was seen swimming with friends at about 6am. His body washed ashore about 30 minutes later.

“The boys went into the surf even though there were red flags along the beach marking the area as dangerous for swimming,” Kata-Karon lifeguard chief Uten Singsom told the Phuket Gazette.

“The waves were very strong. Kunakorn was dragged out by a big wave. His friends tried to help but they struggled to make it back to the beach themselves.”

With no lifeguards on duty – they patrol the beaches from 8:30am to 6pm – the children called for help from beach chair operators.

“The operators searched for Kunakorn, but they didn’t find him until his body washed ashore about half an hour later,” Mr Uten said.

Mr Uten repeated his plea on Tuesday for all beachgoers to beware the dangerous surf and to obey the red warning flags (story here).

“For your safety, please avoid swimming while the surf is this strong and do not swim while there are no lifeguards on duty,” he said.

Karon Beach has gained a notorious reputation for surf safety over the years. The tourist-popular beach is prone to large waves and dangerous rips during the southwest monsoon season from May through October.

In December, Karon was bestowed the inglorious title of “Phuket’s deadliest beach” after claiming the lives of 33 people in just 12 months (story here).