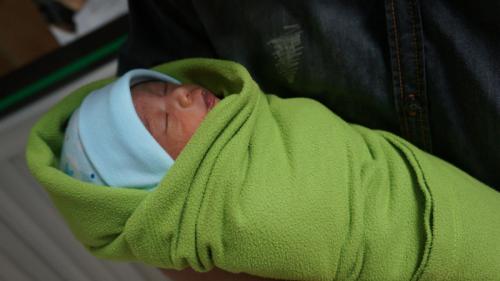 PHUKET: A Phuket baby who survived surgery after being born with her intestines protruding from her abdomen was discharged from the hospital this weekend.

Ang-Sing’s parents, at first devastated by their daughter’s condition, were delighted when they were told on Valentine’s Day that she could be taken home.

“No words can describe how happy we are. We feel much better now than we did when we first saw our daughter. We hope that she grows up without any more pain.”

Ang-Sing does not need any medical assistance to function normally, her father said.

On Saturday he took his new daughter home to the room he had prepared for her.

* The headline originally cited gastroschisis as a disease and not as congenital defect. The error is regretted.